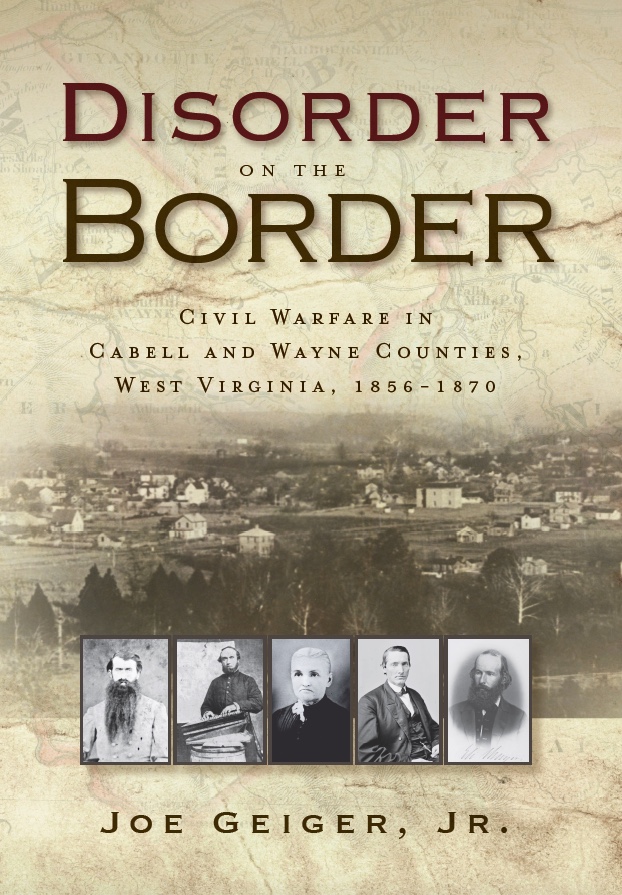 Disorder on the Border
Civil Warfare in Cabell and Wayne Counties, West Virginia, 1856-1870

In the last half of the 1850s, the Virginia counties of Cabell and Wayne became immersed in the national debate over slavery. Located only a stone’s throw away from the free state of Ohio, some western Virginians practiced and defended slavery, and the contentiousness between supporters and those who opposed the institution increased dramatically as the nation moved closer to civil war. When the conflict erupted in 1861, disorder was the order of the day.

Although the overwhelming majority of voters in Cabell and Wayne counties opposed the Ordinance of Secession, the most prominent and influential citizens in the area favored leaving the Union. When the state seceded, some who had opposed this step now cast their loyalty with Virginia rather than the Union. During and after the Civil War, dozens of skirmishes, raids, and armed encounters occurred in this border area, and the lengthy struggle only ended with the statewide Democratic victory in the 1870 election.

Federal supporters in Cabell and Wayne counties lived through years of terror. Their efforts to save the Union and create the new state of West Virginia, and their willingness to die on behalf of the country ensured its survival from the greatest conflict in the history of the United States.

“In its meticulous documentation of Civil War-era military and home front violence in Cabell and Wayne Counties, Disorder on the Border is a richly detailed resource for those researching regular and irregular warfare (particularly the latter) along the far western border of Virginia—and from June 1863 onward, the new state of West Virginia. The release of this highly informative local history also further cements 35th Star’s status as the new leader in publishing Civil War West Virginia military history and edited primary source materials.”

Read the full review by Civil War Books and Authors…